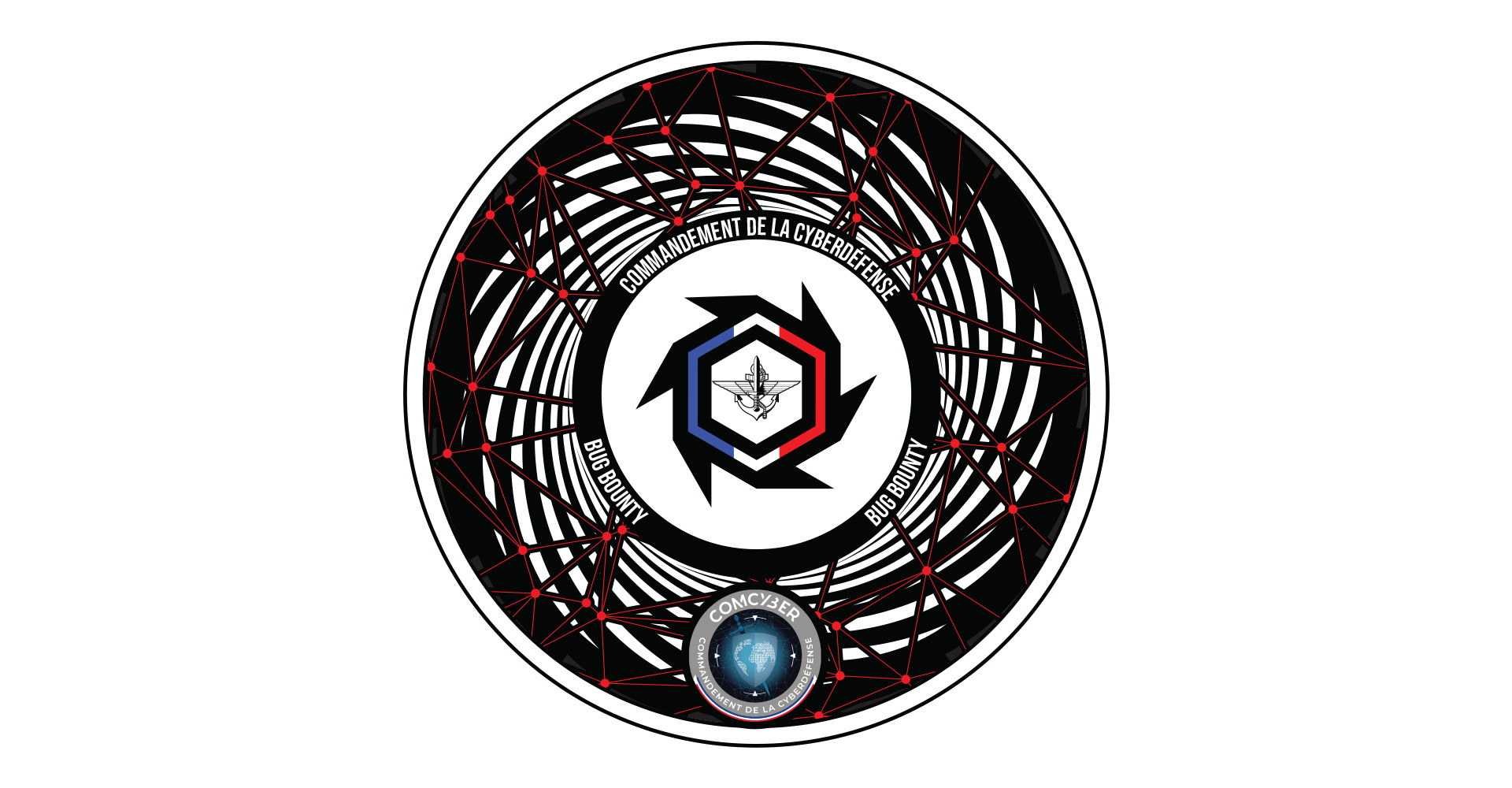 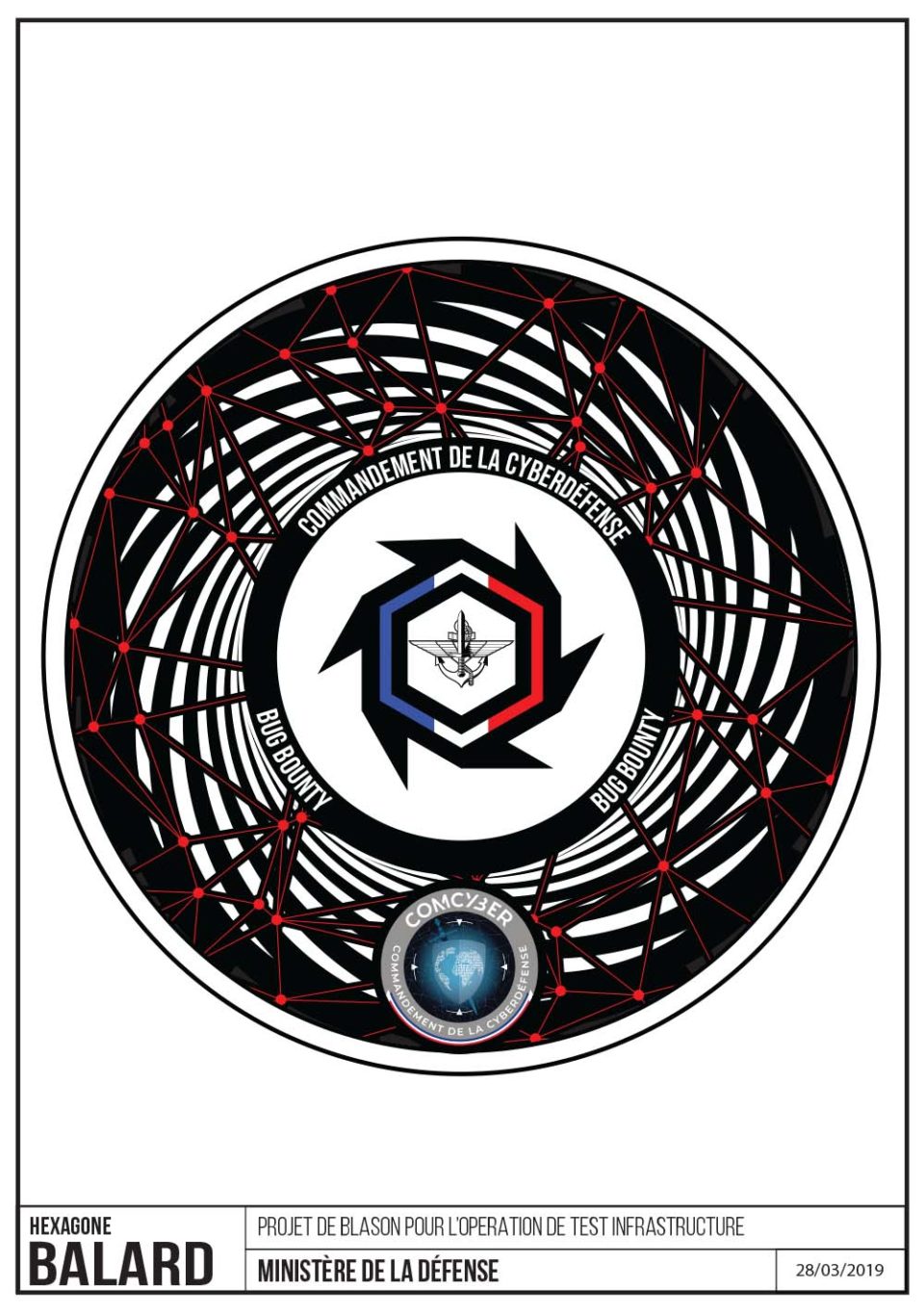 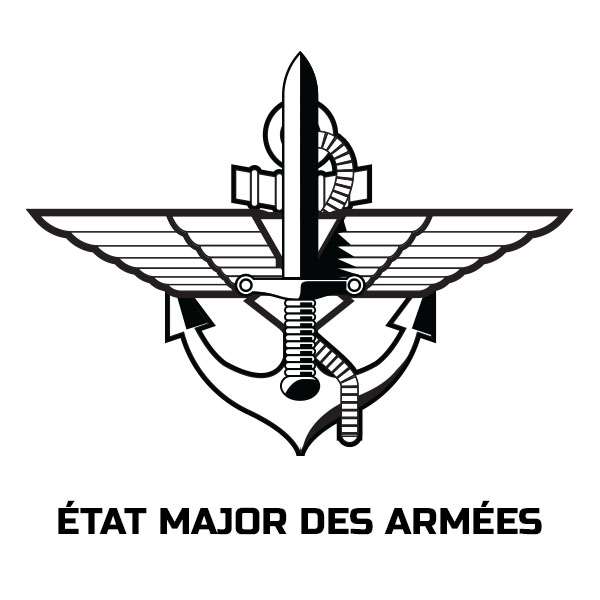 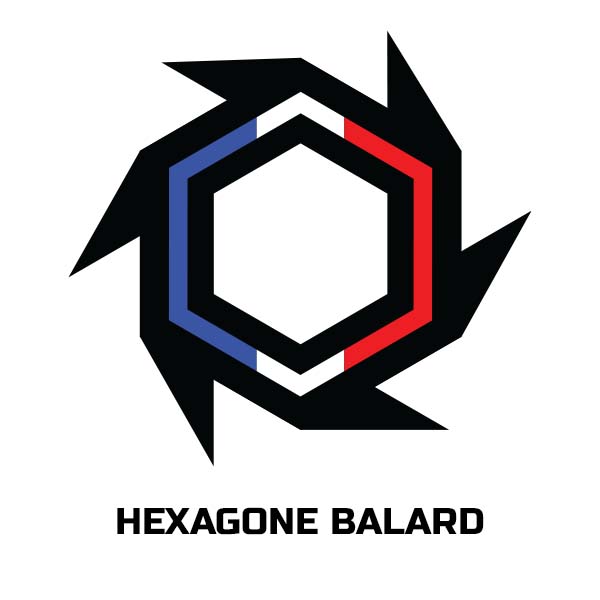 COMCYBER is a division of the french army centralized command center located in the Balard Hexagon, Paris.

I have been mandated to design a blason for the event.

Etat Major des Armées is the French Army central command structure, uniting the three arms: Marine, Aviation, and Land forces. Those three corps have one symbol each: an Anchor, Flying wings, and spade.

The “Balard Hexagon” name not only encompasses France shape, but the building in itself is shaped like a faceted hexagon.

I first had to design a graphic representation of something as heterogenous and united as the EMA. I created a logo for the institution based on the building distinctive shape: a faceted hexagon that looked like a japanese shuriken. That imagery sticked well to the military a cyber worlds.

I also had to redesign a logo for the three arms EMA, as the official one didn’t play well with my vortex design.

I enclosed each element in a “cyber vortex” representing the deep code diving.