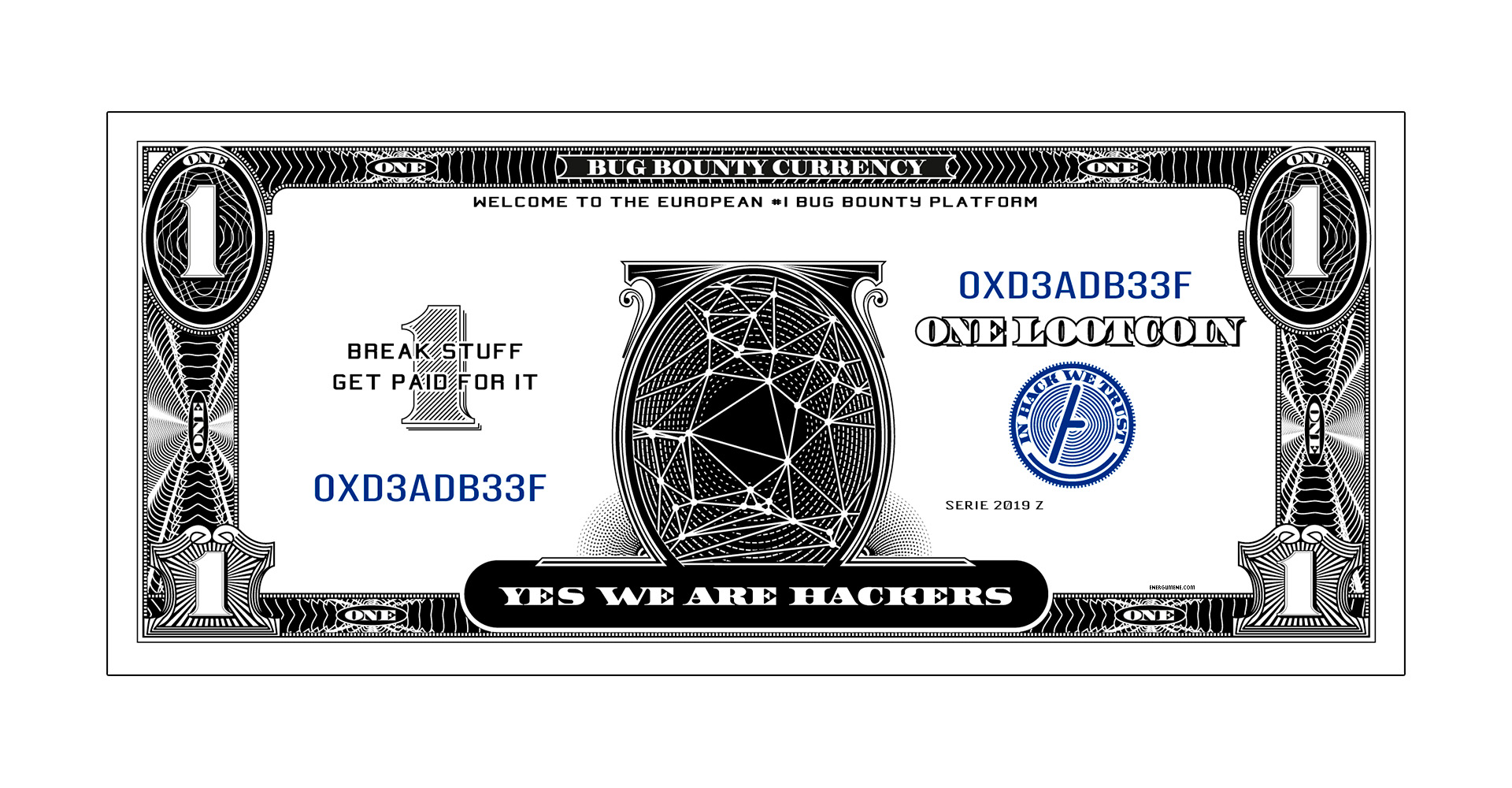 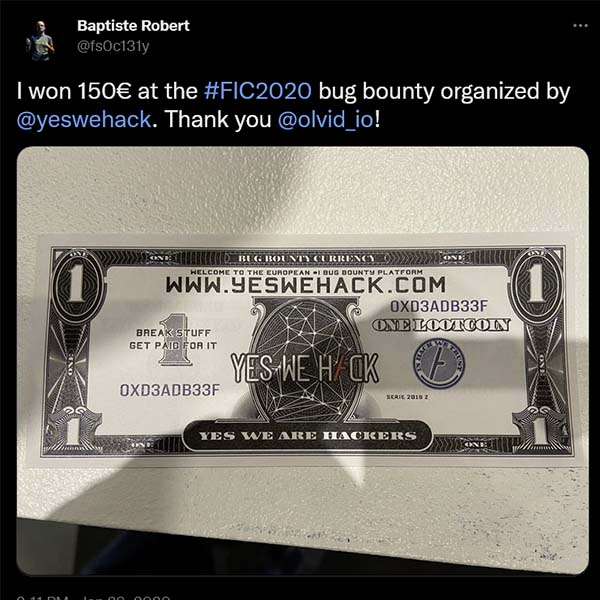 I have been asked by YesWeHack to imagine a non-conventional and viral flyer to communicate with the hacker community.

Something they could give to hunters inside hackers conventions to encourage them to register on their platform.

I came with the idea to produce flyers looking like bank notes – after all, YesWeHack had a mantra: “Break stuff, get paid for it”

They brought an electric cash gun to literally spam conventions, and that was hilarious 😉